Greater Life Church has been a lighthouse in the Emerald Hills community since 1973. It was founded and formed at 1025 Kelton Road in San Diego, California at the home of the late Dr. Willie Everett Manley and wife Eva Manley. It received the name Greater Life Baptist Church by a unanimous vote of its original 45 members.

After meeting at several locations in the city, including Johnson and Horton Elementary schools, the congregation was blessed to purchase the property located at 938 Derby Street in December of that same year.  The building was reconstructed by several hardworking volunteers to meet the needs of the growing congregation, and they were further blessed to purchase additional properties on Derby Street in subsequent years. 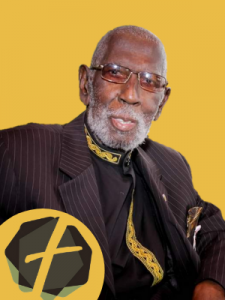 Dr. W. E. Manley was born in Stephens, Arkansas in 1933, and left his congregation in chilly Milwaukee, Wisconsin in 1966 to conduct a revival in San Diego.

“I asked my uncle if it ever snowed in Southern California, and he said, ‘No.’ A month later, I came out to live.” -W.E. Manley

In 1973, he, his wife Eva, five children, and the original members built Greater Life Baptist Church in Emerald Hills. In 1990, prior to becoming the NAACP San Diego Branch  President, he headed the Metropolitan Fellowship Foundation which conceived the “Save Our Children and Community Campaign,” a one-day door-to-door effort employing parishioners from 50 churches to inform people of community resources, social services, housing and job opportunities. The father of seven, a world traveler and Christian missionary, in 2003 the United Nations conferred on him the Ambassador of Peace. 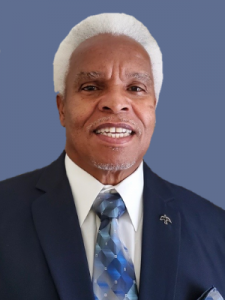 Following nearly 3 decades of the stellar and faithful service of Dr. W.E. Manley, the pastoral torch was passed down to his son, Pastor Cedric Manley on July 22nd, 2007.  For 7 outstanding years, Pastor Cedric strived to carry out his father’s vision of seeing the transformation of lives through the preaching and teaching of God’s Word, and enhancing the overall community.

In December of 2014, Pastor Cedric obeyed the leading of the Holy Spirit to relocate out of San Diego, and entrusted the care of the church to Interim Pastor Michael Jackson while a nation-wide search was conducted for the new Senior Pastor of GLC. With the strength and determination of its members, and the dedication of Interim Pastor Michael Jackson, the church was able to survive a challenging season that would lead to one of the biggest transitions they had seen to date. 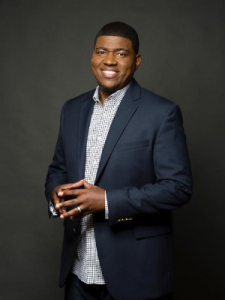 In September of 2017, Pastor Nate Stewart (a native of Macon, Georgia) received an unexpected call from the Lord to serve as the Lead Servant of Greater Life Church. At that time (under the direction of his spiritual father and mentor, Dr. E. Dewey Smith, Jr), he was serving as the Executive Pastor at The House of Hope Atlanta, The House of Hope Macon, and the campus Pastor of their third location, The House of Hope Southpoint. After much hesitation and prayer he accepted the offer, and moved his family to San Diego to serve as the 3rd Senior Pastor in Greater Life’s 45 year history.

In the first 2 years alone under Pastor Nate’s Leadership....the church’s weekly attendance, membership, and giving skyrocketed! The Lord blessed with over 200 new partners, thus resulting in the need to begin the renovation & expansion of the church campus. Since the arrival of Pastor Nate, the church has seen tremendous growth spiritually, numerically, and aesthetically. They were recognized as one of the top 100 US Emerging Churches to Watch by Outreach Magazine, they continue to break ground on and complete various phases of the Greater Campus Renovation & Expansion Building Project, and they have even begun the launching of their first-ever Greater Life Academy. Now at 600+ new partners, God continues to demonstrate the outpouring of His love, blessings, favor, and Holy Spirit over this ministry.

Greater Life Church is quickly becoming one of the fastest growing, diverse and multicultural ministries in San Diego that seeks to impact the community, state, nation, and world on the next level. God is challenging the church like never before to fulfill its mission of, “Loving and Leading People to a Greater Life,” and with the extraordinary faith and works of its people, that mission will be brought to fruition for generations to come.

But this is only the beginning…GREATER is on the way!